The Structure of P2X Receptors

The P2X receptor family consists of at least seven isoforms: P2X1-P2X71,2,3. P2X receptors, like other ion channels, are oligomeric proteins composed of more than one subunit per functional receptor. All P2X subunits can assemble to form homomeric or heteromeric functional channels with the exception of P2X6, which only seems to function as part of a heteromeric complex and P2X7 that seems to be the only subunit that does not assemble with other P2X subunits4-9. The number of subunits per heteromeric functional receptor is at the present unclear. Electrophysiological studies suggest a trimer as a minimal unit for P2X receptors4. To date, four functional heteromultimers including P2X2-P2X3, P2X4-P2X6, P2X1-P2X5 and P2X2-P2X6 have been identified1,7.

The different P2X receptors show distinct expression patterns. P2X1-6 have been found in the central and peripheral nervous system, while the P2X7 receptor is found in cells of the immune system, particularly antigen presenting cells, and microglia, where it mediates the release of proinflammatory cytokines, stimulation of transcription factors and may also have an important role in apoptosis3,5,9,10.

Recent data has identified the P2X7 receptor in the nuclear envelope of phenotypically heterogeneous neurons and as an ATP-gated channel in the nuclei of diverse cell types11. 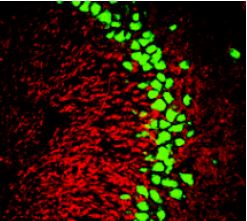 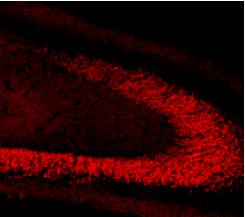 The P2X Receptors and the Pain Pathway

Data accumulated in the last several years implicates the involvement of P2X receptors in pain pathways. Attention was focused in particular on the P2X3 receptor because of its selective expression in structures associated with pain signal (small and medium size DRG neurons, peripheral and central sensory terminals and superficial dorsal horns)5,12,13. P2X3 receptor is expressed as a homomeric receptor as well as heteromeric one (P2X2-P2X3)5,10,12,14. In cases of tissue trauma, tumor or migraine, large quantities of ATP are released, activating the P2X3 receptor, which facilitates transmission of nociceptive signals from the periphery to the spinal cord, contributing to the intense sense of pain that occurs under these conditions5,10,15. The P2X receptors and P2X3 in particular have become a possible target for analgesic drugs.