P2 receptors mediate the actions of the extracellular nucleotides (ATP, ADP, UTP, UDP) and regulate several physiologic responses, among them, cardiac function, platelet aggregation, and SMC proliferation1. The metabotropic P2Y receptors belong to the G-protein-coupled receptor (GPCR) super family.  There are currently six functional mammalian P2Y receptors: P2Y1, P2Y2, P2Y4, P2Y6, P2Y11 and P2Y12 which differ in their selectivity for adenine and uracil nucleotides: ATP (P2Y11 receptor), ADP (P2Y1, P2Y12 receptors), UTP (P2Y4 receptor). The response of P2Y4 to ATP is species-dependent.  UDP activates the P2Y6 receptor. The P2Y2 receptor is equipotently activated by ATP and UTP. Most P2Y receptors (with the exception of P2Y11 and P2Y12) are coupled to the activation of phospholipase C (PLC), leading to the formation of inositol 1,4,5-triphosphate (IP3) and mobilization of intracellular Ca2+. The P2Y12 receptor is coupled solely to the inhibition of adenylyl cyclase, and the P2Y11 receptor is coupled to both PLC and to adenylyl cyclase2,3,4. The P2Y receptors also differ from one another in their sensitivity to pertussis toxin, suggesting the involvement of distinct G proteins5.

Cloning of the P2Y12 receptor revealed that it shares little homology with the other P2Y receptors, for example, only 22% of sequence identity with P2Y1 (which has been considered its closest relative)6. Recently, a new P2Y receptor has been defined by two different groups:  Communi et al and Zhang et al6,7. This receptor is the orphan GPCR designated GPR86 (or SP174) that has been shown to be a high-affinity receptor for ADP and coupled to the Gα16 (or Gαi) class of G proteins. Based on its structural and pharmacological similarity to P2Y12, they suggested naming it P2Y136,7.

The P2Y Receptors: Function and Distribution

The P2Y1 receptor is widely distributed in heart, vascular, connective, immune and neural tissues and is co-expressed with the P2Y12 receptor in platelets.  Activation of the P2Y1/12 receptors expressed in platelets leads to shape change, aggregation, and rise in intracellular Ca2+. The P2Y1 receptor seems to be crucial for the ADP-induced shape change but aggregation of platelets following addition of ADP requires the concomitant activation of both the P2Y1 and the P2Y12 receptors2.

The results of reverse transcription-polymerase chain reaction and northern blotting show that the only other tissue expressing the P2Y12 receptor (beside platelets) is brain2. The P2Y12 receptor has become a target for potential therapeutic drugs for the treatment of thromboembolism and other clotting disorders2. The P2Y4 receptor has restricted distribution and is expressed almost exclusively in placenta. The P2Y2 receptors are widely distributed, primarily expressed in bronchial, bronchiolar, alveolar and submucosal gland epithelium. Involvement of the P2Y2 receptor in cystic fibrosis (CF) and cancer has been reported9,10. One of the characteristics of CF is accumulation of fluid and solute due to abnormal transport across the epithelia (a consequence of a mutation in the CF transmembrane regulator), which contributes to the formation of viscous, dehydrated mucus in airways. Most of the mortality among CF-patients occurs as a result of pulmonary disease. To date, current treatments for CF have succeeded in increasing longevity but the average survival is still approximately 32 years. It is clear that a new therapeutic approach is needed, and the P2Y2 receptor has become a promising candidate. Activation of the P2Y2 receptor modulates several physiological activities that can increase mucociliary clearance and actually bypass the defective CF transmembrane regulator function in epithelia10. To date P2Y2 receptor agonists are under development for the treatment of a variety of conditions in which mucociliary is impaired including CF and chronic bronchitis10,11. In cancer, extracellular ATP was reported to have a controversial effect. In breast cancer cells and human ovarian cancer cell line OVCAR-3, ATP was found to increase cell proliferation, in vitro, through the P2Y2 receptors12,13. However, in Ehrilich tumor cells and in oesophageal squamous cancer cells ATP was reported to have an antiproliferative effect, making P2Y2 receptors a promising target for a novel approaches in oesophageal cancer therapy. 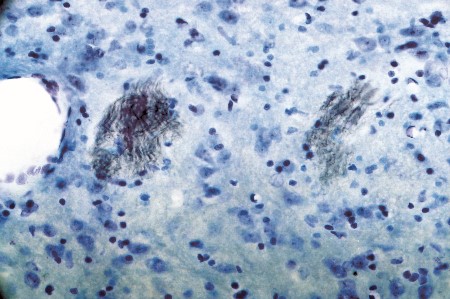