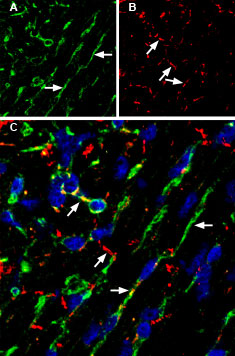 Alomone Labs is pleased to offer a highly specific antibody directed against an epitope of rat TRPV2. Guinea pig Anti-TRPV2 (VRL1) (extracellular) Antibody (#AGP-033) raised in guinea pigs, can be used in western blot and immunocytochemistry. It has been designed to recognize TRPV2 from mouse and rat samples. The antigen used to immunize guinea pigs is the same as Anti-TRPV2 (VRL1) (extracellular) Antibody (#ACC-039) raised in rabbit. Our line of guinea pig antibodies enables more flexibility with our products such as multiplex staining studies, immunoprecipitation, etc.