Dopamine (DA) is a neurotransmitter involved in the control of several crucial cerebral and peripheral functions. It plays a role in modulating autonomic and peripheral functions, controls the cardiovascular and renal functions. These actions are mediated through the interaction of DA with specific DA receptors, which are a class of metabotropic G-protein coupled receptors. Five subtypes of DA receptors are well characterized and known to be involved in Parkinson’s disease, schizophrenia, attention-deficit hyperactivity disorder (ADHD), addiction, as well as hypertension, thus serving as common neurologic drug targets. Alomone Labs offers related antibodies, directed towards the DA receptors. These valuable research tools can progress research regarding the involvement of these receptors in various normal and pathological states.

Dopamine receptors are a class of metabotropic seven transmembrane domain G-protein coupled receptors (GPCRs), and are prominent in the vertebrate central nervous system (CNS) as well as the peripheral nervous system (PNS). The neurotransmitter dopamine (DA), a precursor of noradrenaline and adrenaline, is one of the main endogenous catecholamine ligand for DA receptors. Dopamine is a neuromodulator that is synthesized in neural and non-neural tissues and alters the responses of target neurons to other neurotransmitters in a manner that depends on the functional state of these neurons. Although dopamine neurons are few in the brain, they play an important role in regulating several aspects of basic brain function, including cognition, memory, learning, motivation, pleasure, and fine motor control, as well as modulation of neuroendocrine signaling2.

There are at least five subtypes of dopamine receptors, D1, D2, D3, D4, and D5, based on their sequence homology, pharmacology and functional properties. Recent findings point to the possible existance of D6 and D7 receptors, although their role has not been identified yet1. The affinity of dopamine to its receptors is in the nanomolar range. At higher concentrations, α and β-adrenergic and serotonin receptors are also occupied4. Although dopamine receptors are widely distributed in the brain, different areas have different receptor type densities, presumably reflecting different functional roles. Several neuropsychiatric disorders are derived from abnormal dopamine receptor signaling and dopaminergic nerve dysfunction. Dopamine receptors are also widespread in non-CNS areas, containing the cardio-pulmonary system and the renal system.

Traditionally, DA receptors are divided into two families according to the stimulation or inhibition they may produce at the adenyl cyclase (AC) enzyme level.

D1-like family: Two types of D1-like receptors have been described: the D1A (D1 in humans) and the D1B (D5 in humans). Activation of the D1-like family is coupled to the G-protein Gs, which subsequently activates AC, increasing the intracellular concentration of cAMP.

D2-like family: Five types of D2-like receptors have been described: D2Short(S) and D2Long(L) isoforms, D3 and D4 receptors. Activation of the D2-like family is coupled to the G-protein Gi, which directly inhibits the formation of cAMP by inhibiting the AC enzyme.

Dopamine Receptors in the CNS

Dopamine Receptor Localization in the Kidney

Dopamine Receptors in the Cardio-Pulmonary System

in vivo administration or in vitro application of dopamine or dopamine receptor agonists induces vasodilation that causes hypotension. The D1-like receptors, which seem to be mostly involved in this mechanism, are located within vascular smooth muscle. Their stimulation causes vasorelaxation and reduction of vascular resistance. D2-like dopamine receptors are mainly prejunctional and are involved in the inhibition of neurogenic (sympathetic) vasoconstriction8. 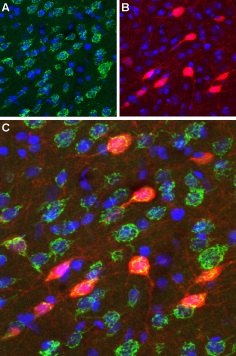 Spatial working memory operates optimally within a limited range of dopamine transmission and D1 dopamine receptor signaling in the prefrontal cortex. Insufficiency in prefrontal dopamine, as in aging, and excessive transmission, as in acute stress, lead to impairments in working memory, that can be ameliorated by D1 receptor agonist and antagonist treatment, respectively. Both in vivo and in vitro studies have demonstrated a role for dopamine in promoting the excitability of prefrontal pyramidal cells and facilitating their N-methyl-D-aspartate (NMDA) inputs. Evidence indicates that there is a fine balance between the synergistic mechanisms of D1 receptor modulation in working memory. There is experimental evidence from both animal and human studies that prefrontal dopamine transmission operates within a limited working range for efficient cortical function and the cognitive processes it subserves10.

Dopamine transmission within cortical and subcortical structures is involved critically in the processing of emotionally relevant sensory information. Emerging evidence from clinical, genetic, behavioral and electrophysiological investigations demonstrate a role for the D4 dopamine receptor subtype as a crucial modulator of emotional memory expression, as well as neuropathological syndromes both at the level of the single neuron, and at the neuronal system6. The theory that excess dopamine transmission underlies neuropsychiatric disorders such as schizophrenia has several key supporting components. Most research surrounding the dopamine theory of schizophrenia has concentrated on the D2 receptor. Whereas there is no genetic linkage between D4 and schizophrenia, there is increasing evidence to support an important role specifically for the D4 dopamine receptor subtype in various neuropsychiatric disorders including ADHD where considerable evidence now links dysregulated expression and signaling of the receptor to the pathophysiology6.

Despite the complexity of addiction in terms of underlying psychological variables and neuropathological correlates, an important feature common to addictive behaviors involves disturbances in emotional processing, learning and memory processes and impulsive behaviors. Perturbations in dopamine transmission are well established factors related to both the rewarding and dependence producing properties of most drugs of abuse. Increasing evidence points to a role for the D4 receptor as an underlying factor related to addiction. A growing body of research using reductionist models of emotional learning and memory are demonstrating a role for D4 dopamine receptor-mediated transmission in specific neural circuits important for emotional processing and neuroplasticity6.

Disappearance of nigrostriatal neurons and hence a dramatic decrease in the dopamine content of specific regions in the brain results in Parkinson’s disease3. In addition, combined D2 and D3 receptor mutations aggravate Parkinsonian symptoms5. Functional alterations in dopaminergic neurotransmission occur in the striatum and extrastriatal brain regions as a consequence of the dopaminergic neuron degeneration and chronic L-DOPA or dopamine agonist treatment. These changes, together with the continued degeneration of dopaminergic neurons, are believed to underlie the gradual failure in the effectiveness of treatment and development of motor and psychiatric side effects.

Dopamine is also known as an important regulator of blood pressure. Thus, impairment of dopamine receptor function and/or dopamine production outside the CNS increases blood pressure and produces hypertension. Its actions on renal hemodynamics, epithelial transport and humoral agents, place it in a central homeostatic position for regulating extracellular fluid volume and blood pressure. Dopamine also modulates fluid and Na+ intake via the CNS and gastrointestinal tract, and by regulating cardiovascular centers that control the functions of the heart, arteries and veins4. Abnormalities in dopamine production and receptor function accompany a high percentage of human essential hypertension and several forms of rodent genetic hypertension. All five dopamine receptor subtypes participate in the regulation of blood pressure by mechanisms specific for the subtype. Some receptors (D2 and D5) influence the central and/or peripheral nervous systems; others influence epithelial transport and regulate the secretion and receptors of several humoral agents (D1, D3 and D4receptors, which interact with the renin-angiotensin system). Modifications of the usual actions of the receptor can produce blood pressure changes4.

In addition, there is a tight correlation between obesity and hypertension. Indeed, a decrease in the expression of D2 dopamine receptors in the brain of obese individuals was reported9. Also, defects in D1A can lead to arterial hypertension (AHT) development1. As D1 and D2 receptors have synergic effects on diuresis and natriuresis, defects in any of them does not exclude the possibility of joint alterations both at the renal level as well as in the development of obesity.

Other findings suggest the possible role for dopamine and its receptors in the pulmonary endothelium-dependent vasorelaxation activity. The heterogeneous distribution and density of dopamine receptor subtypes along the human pulmonary arterial tree may be related to the different functional roles of dopamine at various levels of the pulmonary circulation. The dopamine-induced vasodilatory responses in pulmonary arteries are to a larger extent endothelium-dependent and are thought to be mediated mostly through D1-like dopamine receptors in human8. 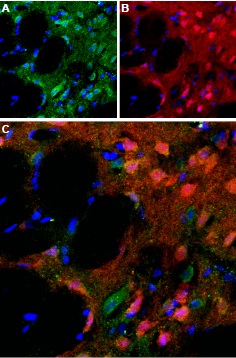 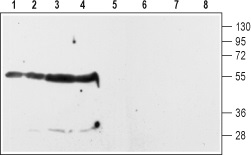