GV-58 is being tested for the treatment of neuromuscular weakness2. 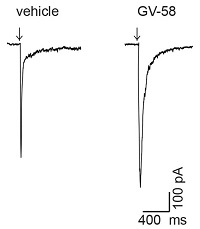